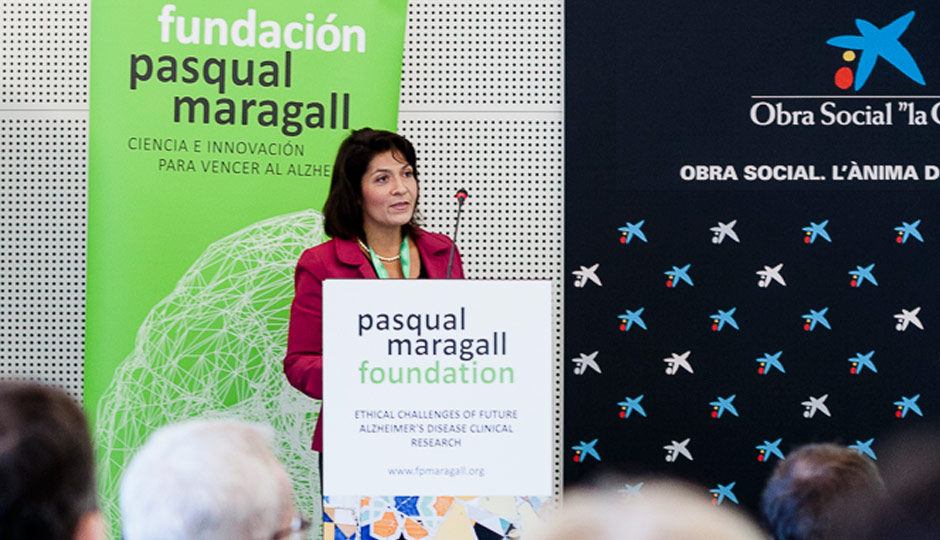 The symposium focused on debating the ethical implications for planning and conducting preclinical Alzheimer’s disease observational studies and trials.

The symposium focused on debating the ethical implications for planning and conducting preclinical Alzheimer’s disease observational studies and trials.

99.6% of Alzheimer’s disease clinical trials have failed and current pharmacological treatments although ameliorate cognitive decline, are not able to prevent the disease. On the other hand, there is now consensus that the genesis of disease begins “silently” decades before the appearance of symptoms.

The symposium, held in Barcelona, brought together leading international scientists as Drs. Reisa Sperling, John Morris and Craig Ritchie, among others; members of the FDA and EMA regulatory agencies; representatives of pharmaceutical companies and the two main patient advocacy associations Alzheimer’s Europe and Alzheimer’s Association.

The importance of preventive clinical trials was highlighted during the meeting, as was the potential effectiveness of drugs against Alzheimer’s disease if given years before the onset of symptoms. According to Dr. José Luis Molinuevo, Pasqual Maragall Foundation’s scientific director and organizer of the summit, “these new trials open a range of ethical questions that need to be answered, for example, the handling of information concerning predictive biomarkers or to which extent is it reasonable to expose asymptomatic people to the risks of prevention trials”. According to Dr. Molinuevo, the ethical implications of preclinical observational studies and preventive trials “have to be addressed with clear protocols agreed upon by all, ” and “should aim to benefit society as a whole.”

During the symposium there was general consensus on the need to perform preventive trials despite their higher cost and longer duration. On the other hand, the associated bioethical issues such as selection and potential stigmatization of participants need to be discussed in depth. Faced with these challenges, Dr. Jordi Cami, director general of the Pasqual Maragall Foundation stressed the Foundation’s commitment to “pursuit the search for answers” and stressed the importance of establishing clear rules and methodologies because “there are still many aspects open”.

The event had the collaboration of the Obra Social “La Caixa” and was sponsored by Roche, Novartis, Lilly, Lundbeck and Janssen laboratories.