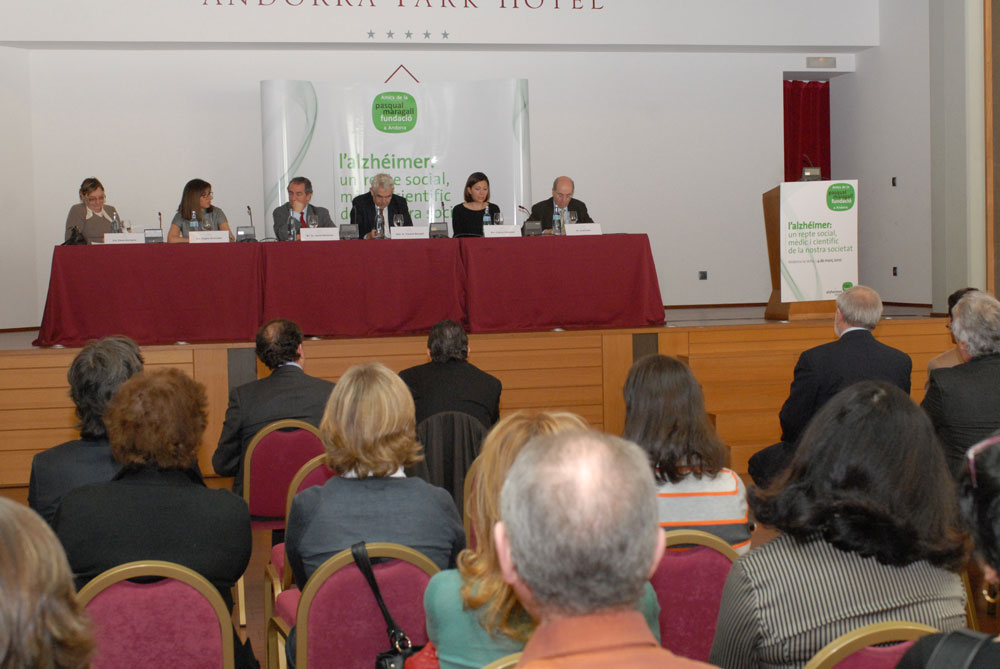 The initiative has been fostered by the Association of Family Businesses from Andorra (Empresa Familiar Andorrana, EFA).

Opening of the “Friends of Pasqual Maragall Foundation Association” in Andorra

The initiative has been fostered by the Association of Family Businesses from Andorra (Empresa Familiar Andorrana, EFA).

The opening of the Friends of Pasqual Maragall Foundation in Andorra took place on March 4th and counted on the attendance from Pasqual Maragall, president of the foundation, Diana Garrigosa vice-president and Jordi Camí, director.

The aim of the Association, according to its president, Àngels Fernandez, is the promotion of scientific research in the field of Alzheimer’s and its related neurodegenerative diseases in the Principality, and earn acknowledgement in Andorra beyond this opening act. The president of the EFA, Cristina Viladomat, emphasized this role of Andorra in the fight against Alzheimer’s.

Next, the Chief Minister of Andorra, Jaume Bartomeu showed the Andorran people support and admiration for Pasqual Maragall and his fight against the disease, and remarked the importance of the medical research and the health sector in Andorra as an opportunity for the economic growth in the Principality.

Jordi Camí explained the social, medical and scientific challenges derived from Alzheimer’s and the work the foundation is doing regarding the scientific research. Camí stated “us people live longer and better, but it is then that Alzheimer’s comes into play”. Moreover, one of the most important problems about Alzheimer’s is the fact that it is usually diagnosed late after onset. Indeed, early diagnosis is one of the main objectives of the foundation. “We need new infrastructures to benefit the next generation”, said Camí. The fact that Alzheimer’s is a long term disease increasing these days, shows the relevance of providing new mechanisms to support the families and caretakers.