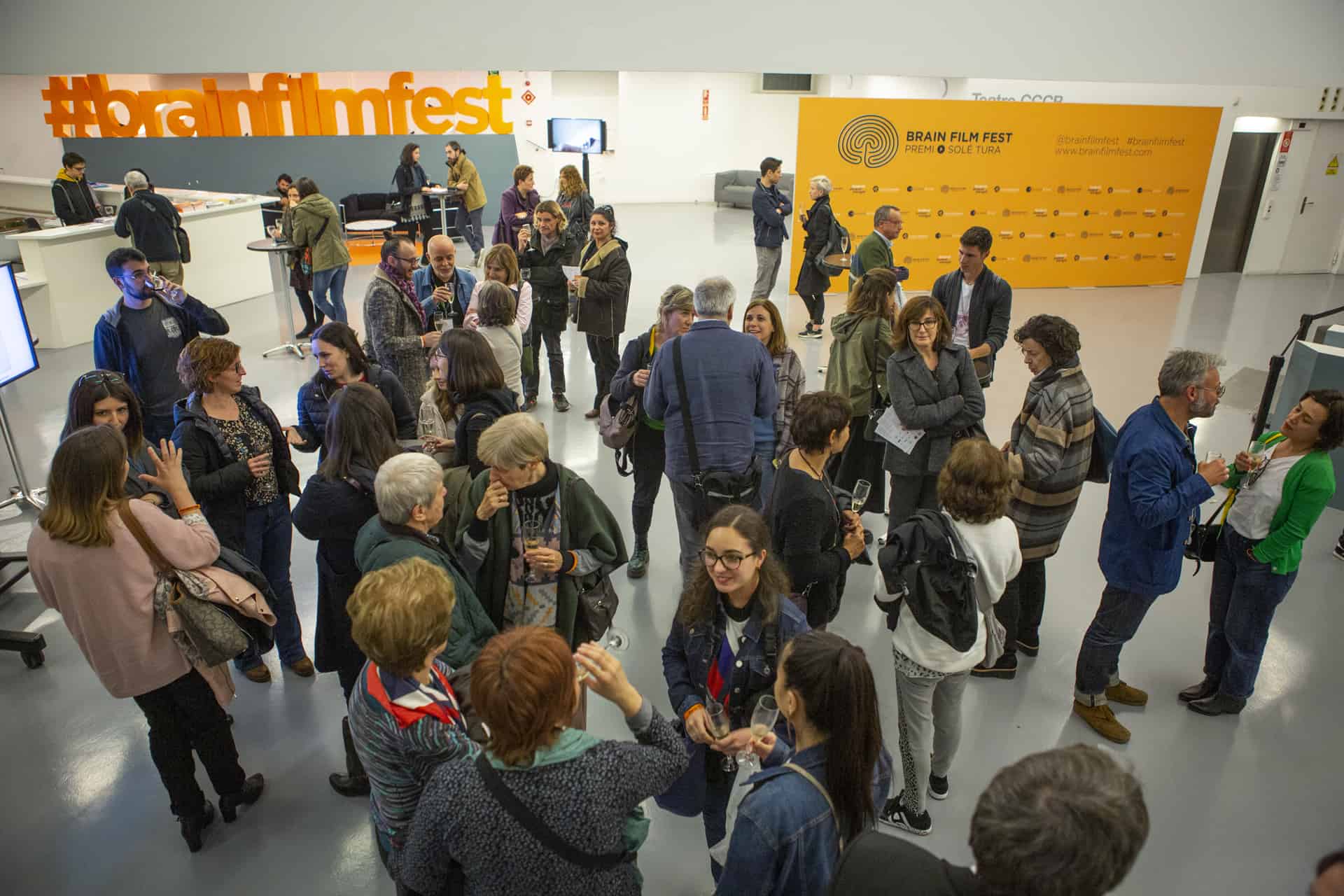 Last weekend, the Centre de Cultura Contemporàna de Barcelona welcomed the Brain Film Fest, a three-day trip into the marvelous world of the human brain through audiovisual language. The festival, organized by the Pasqual Maragall Foundation together with Minimal Films and Uszheimer Foundation, gathered up to 2.400 spectators of all ages -a record figure-.

Its diverse and complete activity program reached its summit in the final award ceremony. The short film Carlotta’s Face, directed by Valentin Riedl and Fabian Driehost, was awarded the IX Premi Solé Tura. This 5-minute animation piece was the winner among the 22 nominees, screened in several sessions throughout the weekend.

Moreover, the attendants’ votes awarded the short film El vuelo de Michael (Michael’s flight) with the Award of the Public. In the online micro short film voting the winner was Matias Burgos’ Toc.

One of the festival biggest attractions was the brain-controlled film The MOMENT, with its countless range of finals depending on the viewer’s attention. Also, the public could enjoy the screening of some films out of the competition, like the documentary La música és vida (Music is life) based on our project Life Soundtrack.

Aside from cinema, spectators could also learn about the brain with several talks and debates, like the presentation by our neuropsychologist Nina Gramunt. There was also room for magic, with Mag Igor’s show together with the explanations of psychologists about how our brain receives optical illusions.

Plus, on Tuesday 19th Brain Film Fest moved to Madrid, in the Telefonica Foundation Building, right on its famous avenue Gran Via, with a selection of some of its best films and talks.