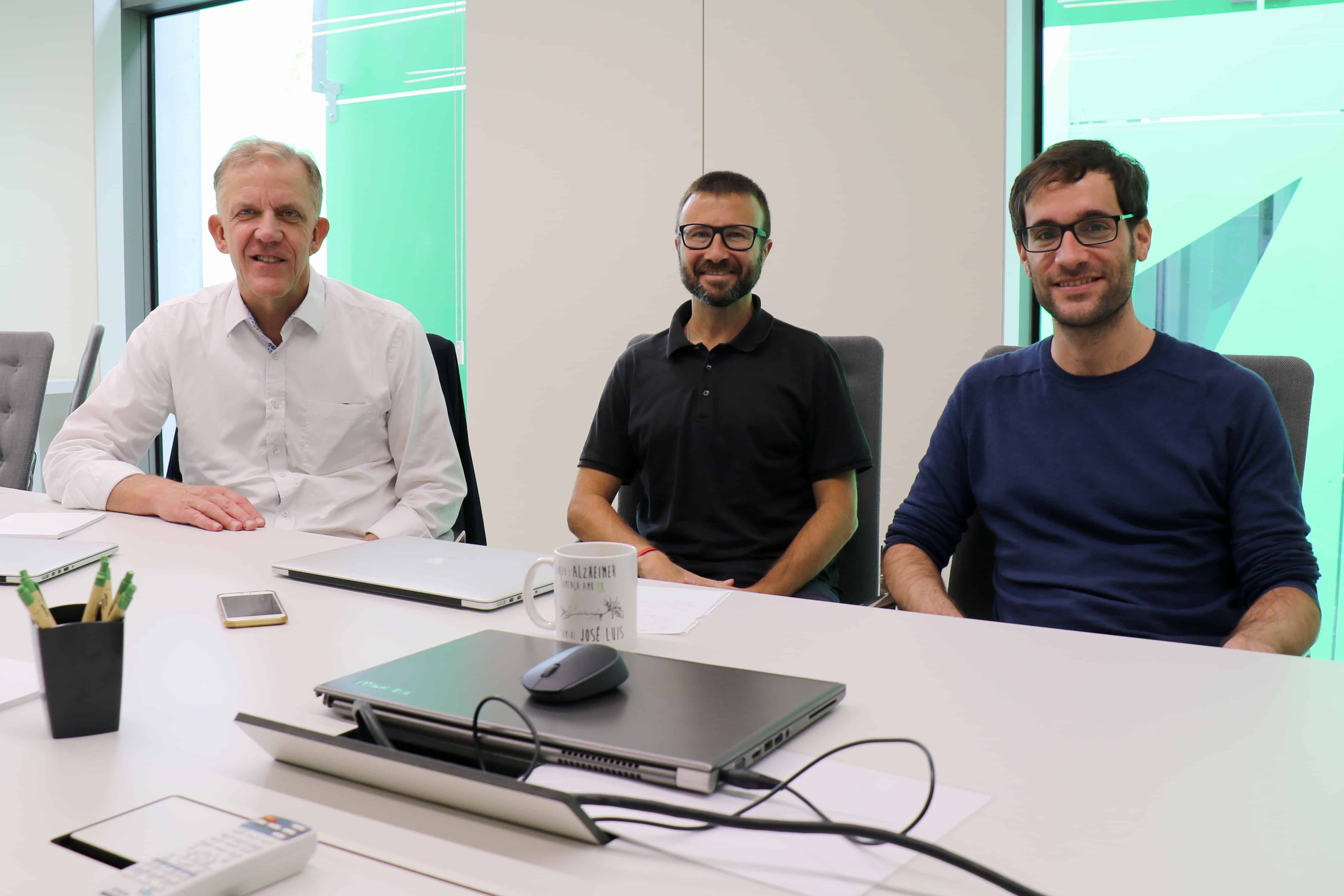 The project has received funding from the European Union’s Horizon 2020 Research and Innovation Program under the Marie Sklodowska-Curie action grant agreement No 752310.

The project has received funding from the European Union’s Horizon 2020 Research and Innovation Program under the Marie Sklodowska-Curie action grant agreement No 752310.

The Barcelonaβeta Brain Research Center (BBRC) has started BioAlfa, a new project funded by the prestigious Marie Sklodowska-Curie individual fellowship. Marc Suárez-Calvet will lead this study at the BBRC, directed by José Luis Molinuevo, and at the Sahlgrenska Academy at University of Gothenburg, supervised by Kaj Blennow.

“Our aim is to test whether cerebral pro-ageing and pro-youthful blood factors found in animals have an effect on human normal ageing and Alzheimer’s disease”, says Suárez-Calvet.

Ageing is the most important factor for Alzheimer’s disease, because the onset of the clinical symptoms usually does not start before the age of 60. According to the latest reports, it is estimated that 1 out of 10 people over the age of 65, and one-third over the age of 85 are affected. Despite the amount of evidence supporting this fact, the exact mechanism that link ageing and Alzheimer’s disease is still unknown.

The research carried out by Suárez-Calvet will be based on experimental animal model studies, which found blood factors (GDF-11) that promote the ageing of the brain, and the opposite; blood factors that help to rejuvenate (CCL2, CCL11 and CCL19). In order to analyse the role of these biomarkers in humans, he will develop highly specific and sensitive assays based on the state-of-the-art Simoa platform at the Sahlgrenska Academy.

Back in Barcelona, he will measure these factors in participants of the Alfa Study of the Pasqual Maragall Foundation and the BBRC funded by “la Caixa’ Foundation. Thanks to the data obtained in this cohort, he will investigate the association of the levels of the pro-ageing and pro-youthful blood factors with features related to Alzheimer’s disease, such as clinical and lifestyle variables, neuroimaging outcomes and genetic variables.

Suárez-Calvet highlights that “the BioAlfa project will help to elucidate whether these blood factors can become potential therapeutic targets in humans”.

This project has received funding from the European Union’s Horizon 2020 Research and Innovation Program under the Marie Sklodowska-Curie action grant agreement No 752310.