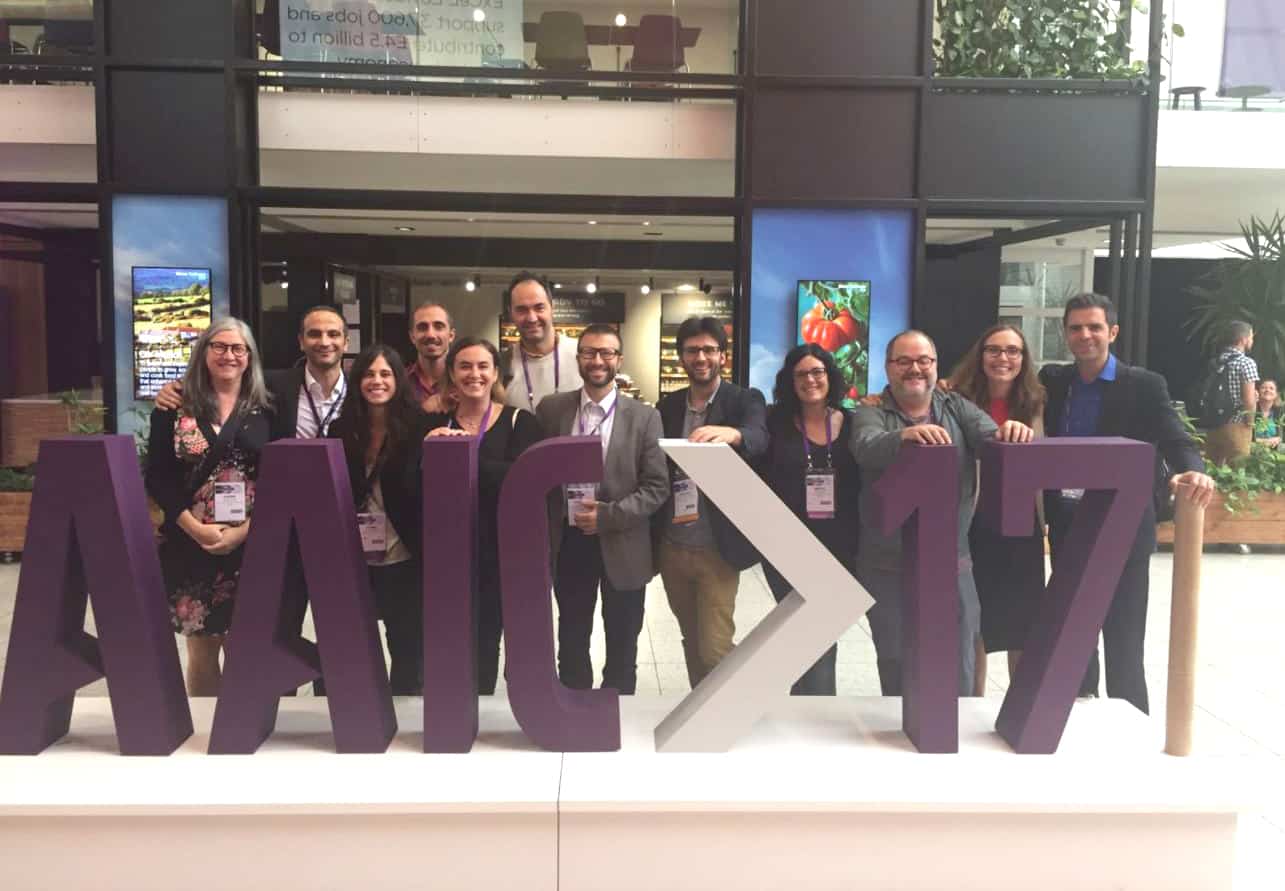 In total, they made 4 oral presentations and exhibited 7 posters, in addition to the multiple work meetings.

In total, they made 4 oral presentations and exhibited 7 posters, in addition to the multiple work meetings.

Researchers from the research center of the Pasqual Maragall Foundation, the Barcelonaβeta Brain Research Center (BBRC), have had an active presence in the Alzheimer’s Association International Conference (AAIC), held from July 16th to 20th in London. In total, they made 4 oral presentations and exhibited 7 posters, in addition to the multiple work meetings and conferences in which took part the Scientific Director of the Foundation, Dr. José Luis Molinuevo.

In the meeting they presented the latest studies of the Foundation on neuroimaging, the role of the APOE gene in Alzheimer’s disease, subjective complaints of memory, and the effect of exposure to contamination in the brain structure and cognitive ability, among others aspects. The researchers who participated in the oral presentations or presented a poster are doctors Raffaele Cacciaglia, Marta Crous, Carles Falcón, Juan Domingo Gispert, Grégory Operto, Paola Petrone, Gonzalo Sánchez and Stavros Skouras.

For his part, at a previous symposium of the congress, Dr. Molinuevo presented the TRIBEKA, led by the BBRC, the Center for Dementia Prevention of the University of Edinburgh and the Karolinska Institute of Stockholm. The Scientific Director also attended meetings to define the preanalytic conditions of cerebrospinal fluid, and to design educational methods to address the early diagnosis of Alzheimer’s disease. Throughout the congress, he also participated in meetings with pharmaceutical companies, with the international working group to establish the new criteria and guidelines of the disease, and in meetings with editors of the different scientific journals of the branch with which it collaborates.

Finally, the congress hosted meetings of European EPAD and AMYPAD projects, which also had the participation of the researchers of the BBRC.

In this new edition of the congress, the Alzheimer’s Association has brought together more than 5,000 researchers from 70 countries around the world.